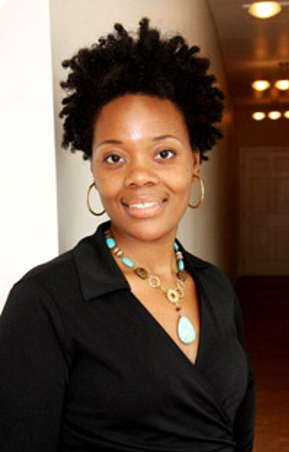 After four years of intense naturopathic medical training, Jamila is a Naturopathic Doctor with an exclusive interest in helping others to heal themselves. A Naturopathic Doctor is a teacher first, and Jamila has pledged to educate and enlighten all regarding their innate healing power. Jamila sees patients within her clinic, The Meridian Institute for Naturopathic Therapies (MINT), on a daily basis. She also instructs massage students in Clinical and Human Nutrition at The Healing Arts Center in Maplewood, Missouri.

The driving passion that motivates Jamila is being an educator. She consistently lectures in her own classroom space at MINT. She has served as a guest lecturer at institutions such as St. Louis University School of Medicine, St. Louis County Department of Health, various medical and chiropractic practices, community organizations, youth groups and in religious institutions. In addition to lecturing, Jamila has had two guest spots on Great Day St. Louis, on KMOV Channel 4 television, and has been interviewed on local television station STL TV. In addition to television, there have been guest radio appearances on KMOX AM 1120 as well as WGNU AM 920. Jamila has appeared in various print publications such as the Vanderbilt University’s school newspaper, St. Louis’ Vital Voice and in CCNM’s Alumni News.

In her constant quest of education and staying well-informed in health, Jamila pursues continuing education on current integrative health care topics in order to further her plight into research of alternative medicine and therapies.

Jamila has maintained a longstanding interest in the natural health care profession and has pursued rigorous studies in Naturopathic Medicine in order to better serve the public. In her studies, she has had the opportunity to work with a diverse patient base, treating a multitude of physical and mental ailments. Jamila has also worked in specialty clinics focusing on HIV positive patients and treating within Native- Canadian communities. Those highly sensitive patient settings, have molded the current patient-doctor experience today at MINT.

Her career path started with studying the sciences at the University of Missouri-Saint Louis. Jamila completed her university education by obtaining Bachelor degrees in both, Chemistry and French. As a Chemist, She has worked for government, at the Food and Drug Administration and within the pharmaceutical industry at a top pharmaceutical company in the Research and Development Department.

In addition to formal studies, Jamila has been involved within her community by volunteering as a youth mentor and has held a volunteer board member position for an organization responsible for incorporating science as an extracurricular option for youth.

While pursuing the educational path of healing, Jamila has continued in volunteer efforts, she attended continuing education courses and has been an award winner for a number of bursaries; all making her a more informed and dedicated Naturopathic Doctor.

Jamila is a wife and a mother and allows both titles to keep her on a constant path of growth and humility.

While being born and raised in Saint Louis, Missouri, she lived in Toronto, Ontario in Canada for 6 years, before returning back to St. Louis to open a naturopathic practice. In addition to travels within Canada to cities such as Vancouver and Montreal, Jamila has traveled to Egypt, France, Mexico and Puerto Rico.

First, to do no harm;

by using methods and medicines that minimize the risk of harmful side effects.

Identify and treat the causes of disease;

by identifying and removing the underlying causes of illness, rather than suppressing symptoms and understanding that those symptoms express the body’s attempt to heal, but are not the cause of disease.

by using the doctor-patient relationship as a catalyst for empowering and motivating change and encouraging individual responsibility for health.

by understanding the harmonious function of physical, mental, emotional, spiritual, genetic, environmental and social factors that contribute to illness and guiding treatment towards that root cause.

Prevention is the best cure;

by partnering with the patient to assess risk factors specific to the patient’s and recommend appropriate naturopathic interventions to maintain health and prevent illness.

The healing power of nature;

by recognizing and removing obstacles so that the body’s innate healing ability can flourish.